YOU ARE HERE:Home » English » IRA : The Syndrome of Decline
English

IRA : The Syndrome of Decline

The IRA band came together in late 1997 when guitarist/vocalist Giuseppe “Rex” Caruso and his brother/guitarist Alex Caruso got together with drummer Mattia Sciutti. 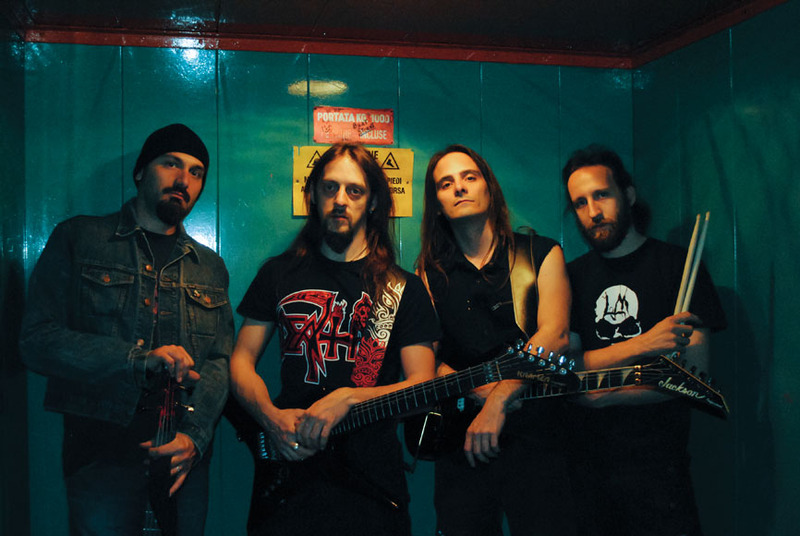 Two years of settlement and the trio record a studio demo called “Urna” (2000). For years later the band release their second demo “Chaotic Regression”(2005) and performed with local bands in “Titans of thrash” with Carnal Forge.

During a crisis the band decide to renovate with a new line up, recruited Marco Frigatti as bass guitar and Silvano Bianchi as second guitar. In very few time Ira came back on stage and performed at “Black in mind Fest” with the Node. Their show had an enthusiastic impact on the people and some reviews compared them to the band ‘father’ of death metal, the Death.

In 2006, Ira released “Dawn of world redemption”, which is considered a more technical and progressive album receiving many accolades on well-known fanzines like “Rock Sound”, “ Metal Shock”, “Metal Hammer” and “Rock Hard”. After that the band had the opportunity to participate at some interviews on local radio.