YOU ARE HERE:Home » English » Ronggowisnu, “ A Musical Journey”
English

Great musician from Jakarta
(by Darlene Pappalardo )
Once upon a time there was a little boy in third grade,that when his parents enrolled him in an organ class in the Yamaha school of music, thought it was a control tool for a spaceship. Now many years later he is taking us on a journey into a musical, magical world. So get ready to enter the world of Ho Kam Lo. 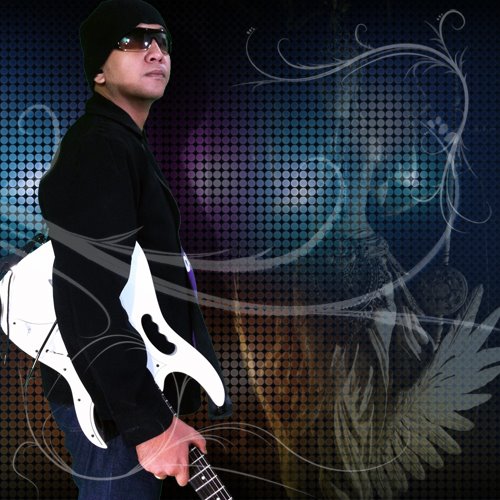 Ronggo lives in Jakarta, Indonesia, or as I like to call it “the future” due to the time zone. I’ve had the pleasure of meeting him and his wife, Alice, on a music collaboration site called Kompoz.
Super talented, well respected, and a heart of gold. I don’t believe the word “No” is in his vocabulary!!
There is so much to tell you about this man that I am going to take you on a journey also, starting in the present with his debut CD, video book, Ho Kam Lo. It is a story,purely fictional in an alternate universe, about a man from the silkroad era, who is a merchant, and where gods still come down from the “heavens”. A tale of heroism, self discovery, and a forbidden love. A spirtitual journey, one that everyone can relate to no matter what, or where we come from.

Ron started this project on a whim. He started playing the guitar doing an instrumental and the story started taking shape in his mind. The music is a mixture of genres, rock being the main , using pop, jazz progressions. The rhythm and melodies are in the style of 80’s and 90’s pop, simple so as not to bore the listeners. The influence of Asian music, such as Jpop(Japenese pop) , Gamelan, which originated for Ronggowisnu’s culture, and also blended in with some Indian sitar and some Chinese Ehru. The beautiful voice of his wife Alice, portrays a mystical, magical mood.

Ron got the attention of some fellow musicians and friends who joined him in bring this to life. Mark Bowen, a bassist, upon hearing Ronggo’s guitar decided to play along on all 12 episodes. Also joining were Dean Wuksta, Pat Felitti, Chuck McLaughlin, and Franco Ginetti, all contributing their musical talents.

Now with all the music coming together, and the blending of his and Alice’s voice, he needed characters for his video book. Due to his background in drawing and graphic arts he went back to the drawing board, literally, and brought to life all the players in the story. Absolute genius on his part, what more can I say? So for now that is all I am going to say and let you see for yourself by watching this amazing story unfold.

In the following weeks I will take you along for a peek inside Ronggowisnu’s other project in the works called Dreamwalkers and also how this incredibly talented man started on his own musical journey.