Drew Ross, “Rocket Science” by Darlene Pappalardo
How many times have you heard someone say, “This isn’t rocket science” ? Well in this case it is. 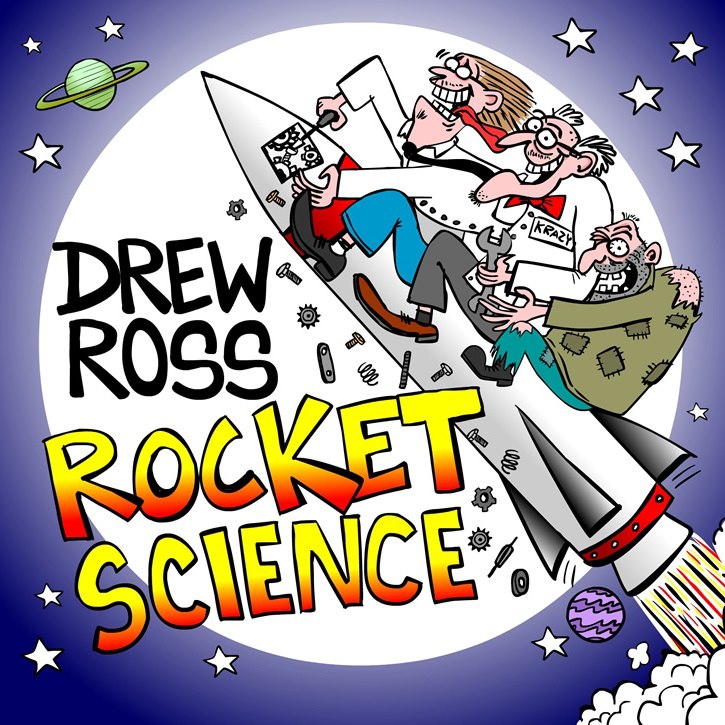 It happens to be the name of the debut CD released by Drew Ross, along with Lee Sharp and Tim Rose.

Drew is from Fairfield, Connecticut, and started his music career as a drummer in metal bands back in the 80’s . He played until the 90’s came around and then left music altogether. But what I have come to find out, dealing with musicians for many years myself, is that they can’t give it up entirely. It’s in their blood, a part of them that no matter how deep you try to bury it, it surfaces every once in a while.

But Drew always knew he would return to the music in some way or another, and a few years ago picked up his wife’s guitar and started strumming those strings. A few melodies here, some lyrics there, and so it began again. Although he doesn’t read or write music, and strictly plays by ear, when you hear some of the acoustic tracks on the CD, such as “Rainy Day”, “Anna’s Song” or “I’ll Be There” you would not believe it.
Drew met Lee and Tim on a music collaboration site called Kompoz.com, they did a few tracks together,became friends , and so when the idea of doing a CD came to mind Drew knew who he would ask to join him. When musicians have a special bond and admiration for each other, it shines through in their songs.

You can purchase the CD “Rocket Science” on Amazon and also on iTunes. With the holidays coming , the gift of music is a perfect present.

You should never give up on your dreams, no matter how long it takes for them to come true, because they do come true. And I have so much respect and admiration for these guys because they didn’t give up and as a result we get the pleasure of listening to a fantastic collection of super tunes.